Blucora operates two leading Internet businesses. Our InfoSpace business provides online search and monetization solutions to a network of more than 100 global partners. Through TaxACT, we provide online tax preparation solutions to consumers and professional preparers. The Blucora team brings decades of experience operating and investing in desktop, online and mobile businesses. We are passionate about the power of the Internet to improve the lives of consumers, and our businesses operate at the forefront of digital migration trends in their respective markets.

Read more about us in the Press Room.

Check out our GitHub page to see what we are working on! 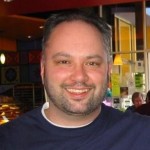 Paul has been with InfoSpace since 2012. Since joining InfoSpace, he’s been helping redefine and build InfoSpace’s next platform, products and processes. Paul has extensive experience building platforms for high traffic websites like msnbc.com and xbox.com. 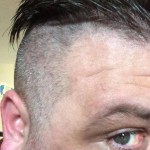 Tony has been with InfoSpace since 2007. He started coding at age 9, started his own software company at age 16, and continues that entrepenurial spirit at InfoSpace today. Tony has extensive experience in Web UI development, MVC technologies including ASP.NET MVC, Ruby on Rails, and Express on Node.js. He has several active side-projects, including writing Ruby drivers for Lego Mindstorms Robotics kits and a console for RavenDB written in CoffeeScript and Node.js. His current area of interest is multi-core scaling of server-side programs and services. Tony is a perpetual “language nerd” and loves learning new programming languages and paradigms. 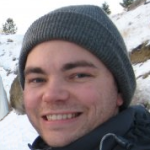 Michael Schaffer is a Staff Software Engineer at InfoSpace and has been with the company for 13 years. In his free time, he enjoys creating fun experiences for engineers like Hack Nights and programming competitions. Current projects include creating a build breaker system where each engineer gets an alert beacon light in their cube (via RaspberryPi) and a massively multiplayer web game where the world is a computer system and the interface is assembly language. He has aspirations to create an automated scoring system for the shuffleboard table at work using Xbox Kinect and is looking for interns that work for free to work on his projects. 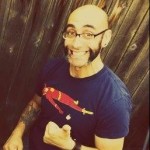 Paul Oremland has been a Senior Software Engineer at InfoSpace for the past year. He’s worked an a variety of projects including a Ruby on Rails Portal, a high performance/low latency .NET search stack, R&D for building infrastructure in the cloud including automated server builds using Chef, and most recently building an Android Mobile platform which extends the InfoSpace Search API. Previously Paul spent some time at a Seattle startup focused on building Android, iOS, Windows Phone, and Bada mobile applications that focused on the presentation of long form audio/video. Prior to that Paul worked as a Senior Software Engineer at MSNBC on their content management publishing platform, their video syndication system, as well as being a co-creator of their iOS iPad framework from which the Rachel Maddow, Today Show, and Nightly News iPad apps were built.

Andrew Lader recently joined InfoSpace as a Senior Software Engineer, where he works with a team to build internal web-based tools using MVC 4, .NET 4.5, and jQuery. Before coming to InfoSpace, Andrew worked at Microsoft, where he contributed to Visual Studio 2012 and Windows 7. Prior to Microsoft, Andrew was a Principal Architect at RDA Corporation, a consulting company. While there, he worked on numerous projects for clients all over the country, as well as wrote a book on building Web Services using the .NET framework, back when it was still in beta. Andrew is a big fan of all things technical, is still checking his mailbox for his ticket to outer space, and is always looking for outlets for his artistic and technical skills.

Pradeepa Sekar joined InfoSpace as an intern in 2009 and she has worked on various projects including our Core Search using .NET framework, WebPosition using WCF and MVC and Media CMS using Ruby on Rails. Currently, she is working with a team that is migrating all of the applications from our data center to AWS. On her free time, she loves to read tech blogs to keep herself up to date with all the latest technologies.

Peter joined the mobile team in 2013 and is currently working on the Android SDK. His current side projects revolve around games in the Unity Engine.